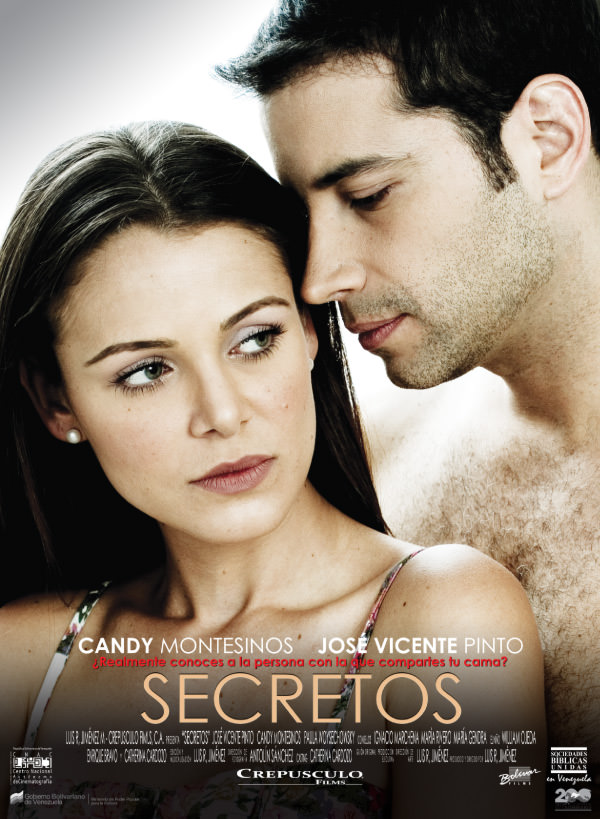 Carlos and Nena, discover after marrying they are HIV infected. From that moment, depression and guilt lead Carlos to think about a final solution to his conflict: Suicide.

SECRETOS was done in digital format with DSLR cameras for a period of 10 days of shooting in the city of Caracas both on location and in the studio. We have the claboración Antolin Sanchez in cinematography, and domestic suppliers (Cine Materiales) for the supply of film support needed to carry out production according to the requirements of the director of the film, Luis R. Jiménez. The issue of visual material was made in the editing room Crepusculo Films and was in charge of Luis Rafael Jiménez (director – producer); sound editing, foley design and pre-mix 5.1 dolby was held in Caracas, in the studios of “Sistema 2″ and was in charge of sound engineer Luis Izquierdo. The final audio mix Dolby 5.1, Dolby was held in the “Bolivar Films” living in Caracas. Similarly, color correction and the DCP file took place in Bolivar Films in collaboration with Jorge Adam Jacko, under the supervision of director of special effects mr. Jorge Jacko.

To God and his son Jesus Christ for having given life, bless us and keep us daily. For letting us make this project, which after much effort and sacrifice was able to see the light of day and now receives His blessings as advertising material. Amen.